I hope you are ready to loot and plunder the spoils of the world, at least the world of Wartile. As a team we are extremely proud to have reached this huge milestone and are happy to be able to share it with all you guys.

Since our last update we have been focusing on getting as many new features into the game as possible, before the Early Access, while also focusing on stability and accessibility. We have not succeeded 100% in all areas, but we will be spending some energy in the upcoming weeks, to improve the accessibility and communication in the game.

Lets take a look at some of the new features. 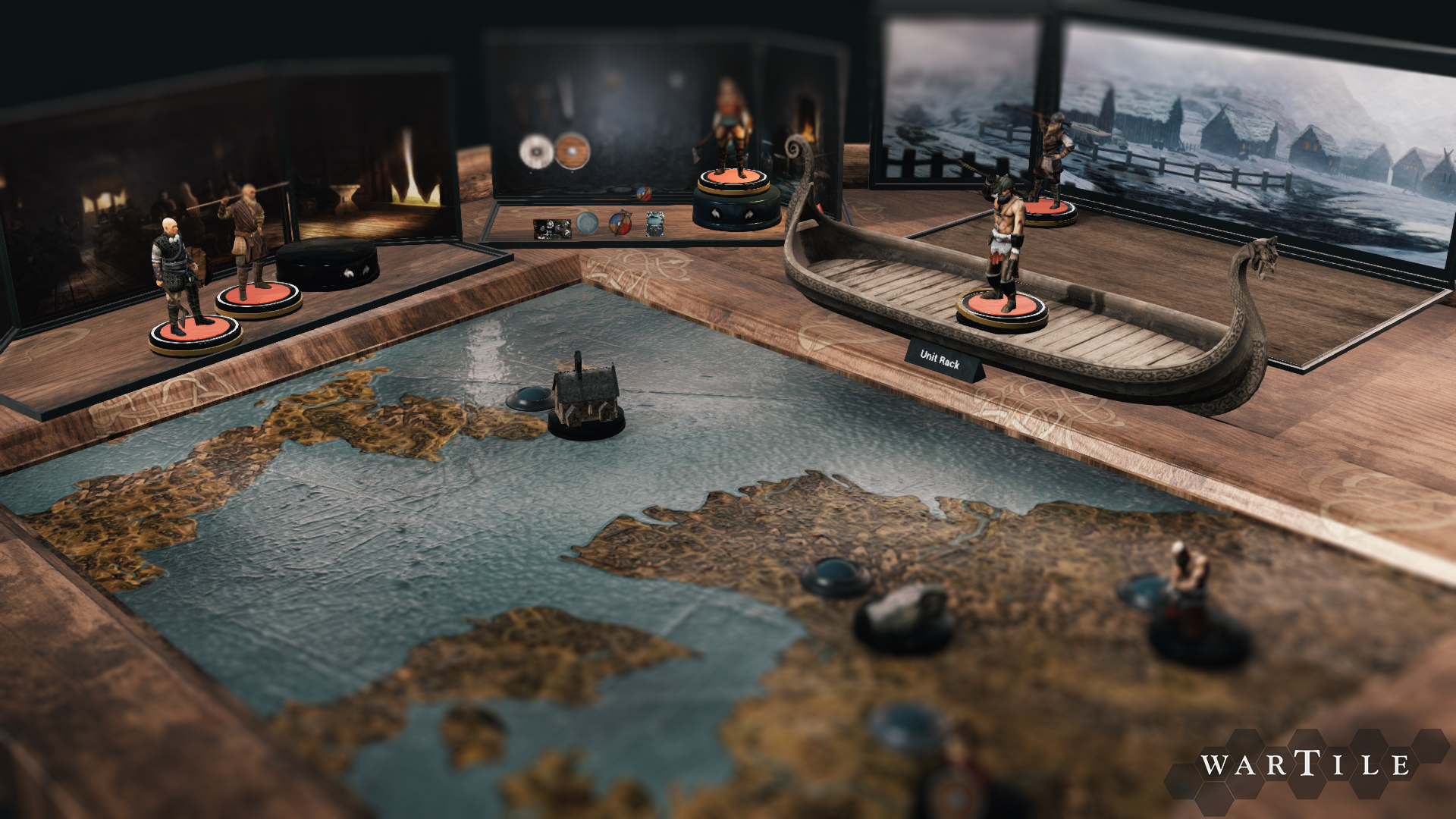 The Campaign board
We have made a big art overhaul on the Campaign board, granting each section (figurine customization, figurine collection, card deck and the new Tavern, its own little box, with a fitting background. It’s a great improvement but still far from done. 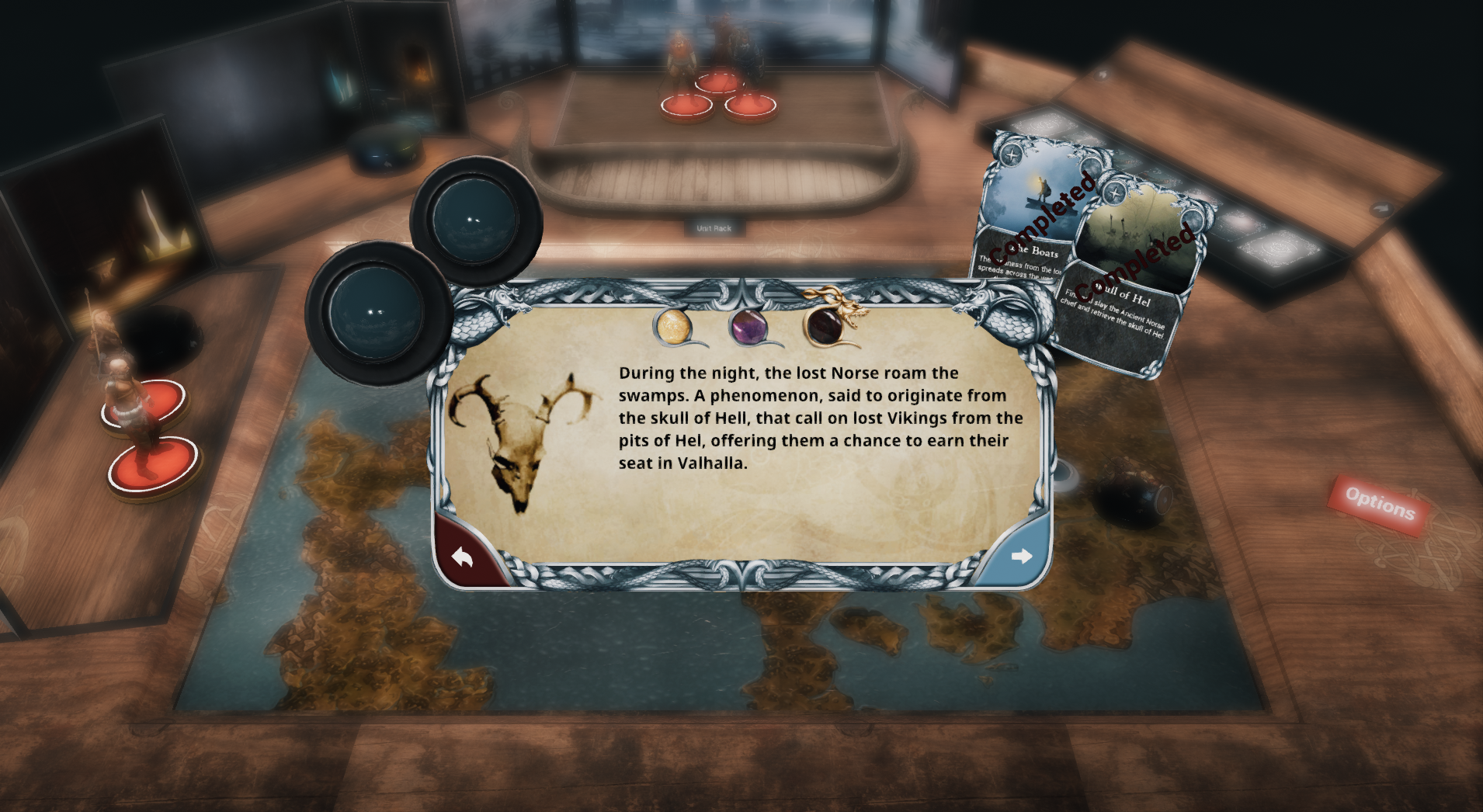 The Norse Tavern
In the tavern, you can now view all the unlocked figurines during your play and if you have the gold to pay them and the fame to impress them you can hire them to your collection of Vikings. Changes to the item setup in the customization section.

Relics / Way points
The relics placed around the maps can now be used to save your progress on the map. If dying later on board, you can choose to load your progress from that way point instead of restarting the whole mission.

Story Cards & Objectives
Most story parts have been changed and we will introduce the main objectives with the main theme “Spoils of the world”. At a later stage, we plan to make unique story strings (objectives) that will lead you through different battle boards, in a effort to complete it.

Also to mention some other updates.

And a great deal of other stuff… 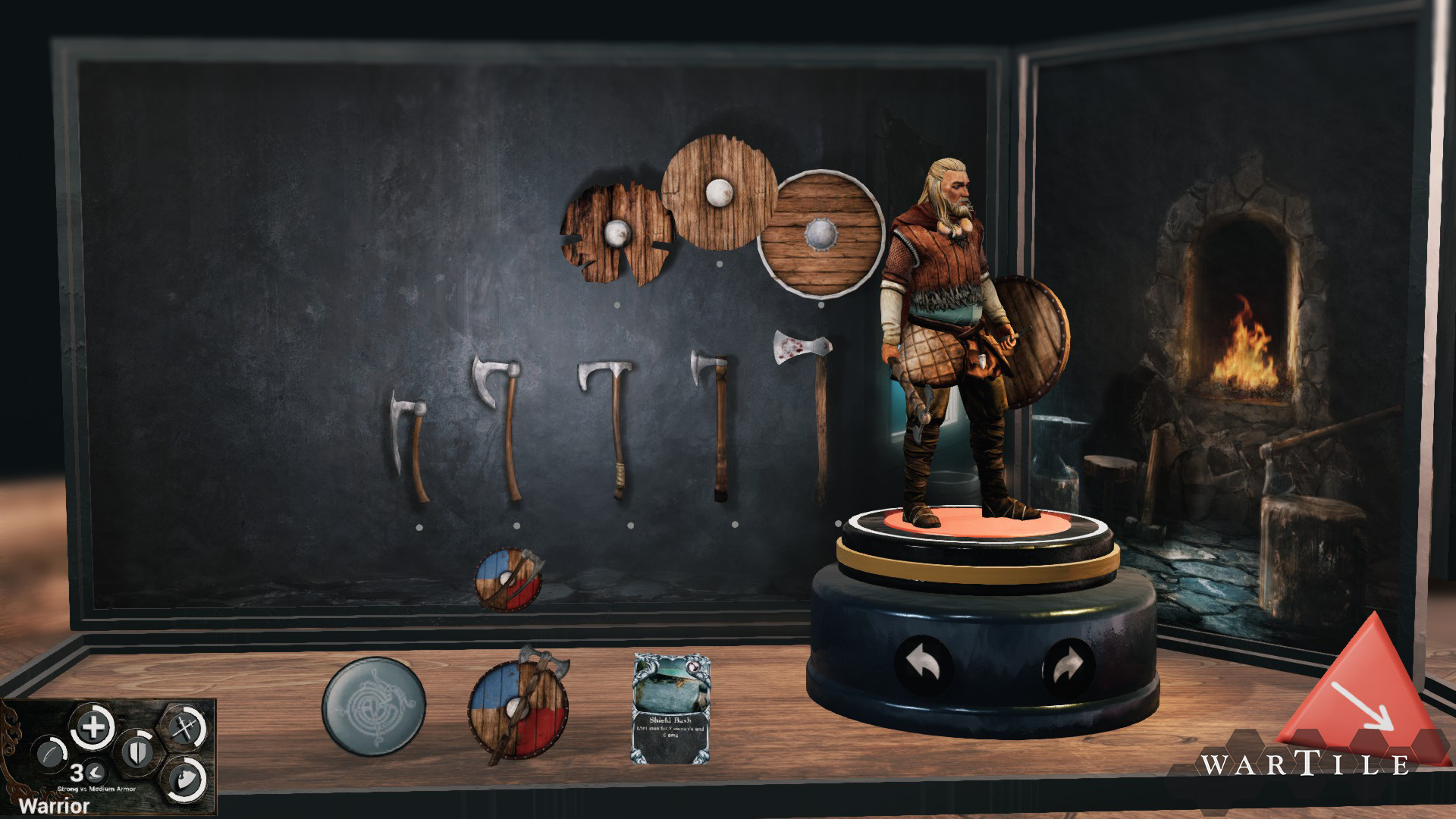 We hope that you will enjoy all the new content at we hope you enjoy it.

Have a nice weekend everybody.